On September 4th, the Amazon India subsidiary announced that it plans to stop using disposable plastic packaging and replace it with paper packaging from June 2020.

Amazon announced that the decision came before the entry into force of India’s “ban on plastics”. The Indian government announced last month that it will ban the use of six disposable plastic products such as plastic bags, plastic cups, plates, straws, small bottles and bags nationwide from October 2, which is expected to make India 14 million tons per year. The amount of plastic used is reduced by 5% to 10%. 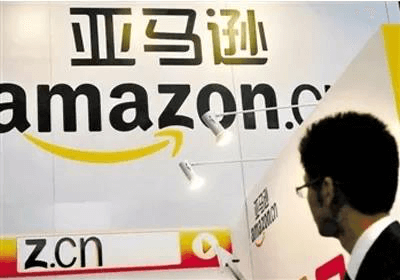 Amazon is often criticized for using plastic packaging for its hundreds of millions of packages. Last week, its competitor Flipkart said it had cut back on disposable plastics by 25% and plans to fully use recyclable plastics by March 2021.
Global “plastic limit order”, Amazon announced the formation of a team of 85 people to achieve “zero packaging”
Occupy half of the e-commerce market, the biggest force in the field of cardboard box delivery is Amazon. The company buys millions of cardboard boxes every year from manufacturers close to its distribution centers. It employs statisticians, operations research researchers, data scientists, materials engineers, and computational engineers to help design cartons, bags, and envelopes.

“We are bringing these groups together, this is probably the first time in the corrugated box business,” said Huo Chensi, head of the Amazon packaging team. “We are rethinking: ‘What happened to the corrugated boxes behind the trucks?'”
The different pressures and stresses on the boxes in different parts of the truck tell them how big each box really needs, and how thin the cardboard can be without jeopardizing the product inside. Amazon also uses machine learning algorithms to monitor customer feedback on any damage that occurs during transportation through call centers and social media to see when they are going too far. 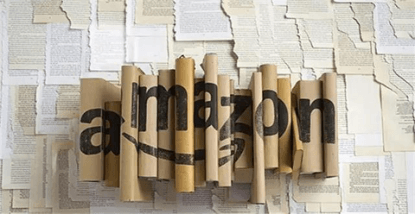 Using pilot production lines and partnerships with large tape and glue manufacturers, Amazon has created new designs and materials for its suppliers to study how to scale production. For example, a fully recyclable plastic-free liner envelope mailer, rather than a standard bubble wrap and paper version. All of this, together, said that they have successfully reduced packaging materials by 19% from the 2016 baseline.

Despite this, there is still much room for improvement in product packaging. The company began to design packaging for products that were sent to customers rather than store shelves in different ways so that products sold through e-commerce did not require an outer box at all. Tidal detergents are now contained in containers that look like boxed wine, not in plastic bottles in cartons.

Amazon has the scale and purchasing power to drive these changes faster, and it has always been because it also helps to achieve profits. In the past year, for large items and those weighing 10 kilograms or more, the company has been paying retailers a fee of $1 per pack. This package is easy to recycle and can be used without brown. Shipped in the case of Amazon’s outer box. Starting in August, it will stop paying for this incentive and instead charge $1.99 for each non-compliant package.
Reuse the packaging cycle and discard disposable plastic.

Retailers are also beginning to see better packaging as an opportunity. Shipping in their own boxes also allows brands to build closer ties with their customers, after all, there is specialized information in the box to enhance the experience of getting things in the mail. They are trying to take advantage of the “no packaging” trend, and people will record themselves opening a package and posting the video to YouTube to make the box more visible.

Rachel Kenyon, vice chairman of the Fibre Box Association, which represents the paper packaging manufacturer, said: “In a sense, the box is a billboard. It’s people’s products. The final impression is that when the box reaches people’s home, it is also your last point of contact with someone. If you can go further by enhancing the unboxing experience, this is a good opportunity.”

The correct size, light weight and the removal of excess cartons have greatly reduced the consumption of cardboard. Analysts believe that even if more goods are ordered online, the production of cardboard will slow down. As shopping through mail becomes more prevalent, companies and postal services are trying to completely abandon disposable cardboard containers.

Amazon launched a pilot in India to ship the product to a home in a plastic suitcase. Because in India, people who receive products at home during the day are more common. In China, Suning is using shared plastic delivery boxes in 13 cities, which can be reused almost indefinitely. In the United States, the rise of delivery lockers may also allow the spread of boxless delivery.
Before everything can be reused, paper packaging companies are arguing that at least cardboard is better than disposable plastics, even if they are taking steps to make the packaging less harmful to the planet. They point out that consumers are beginning to reject products that are wrapped in trash.

Herwin Wichers, director of market development at Dublin-based global paper packaging manufacturer Smurfit Kappa, said: “On social media, you can see people no longer accept something, maybe not Reordered because of it. Price and convenience are still important factors, but sustainability begins to influence people’s decisions.”