Jamaica to ditch single use bags, plastic straws and Styrofoam in 2019 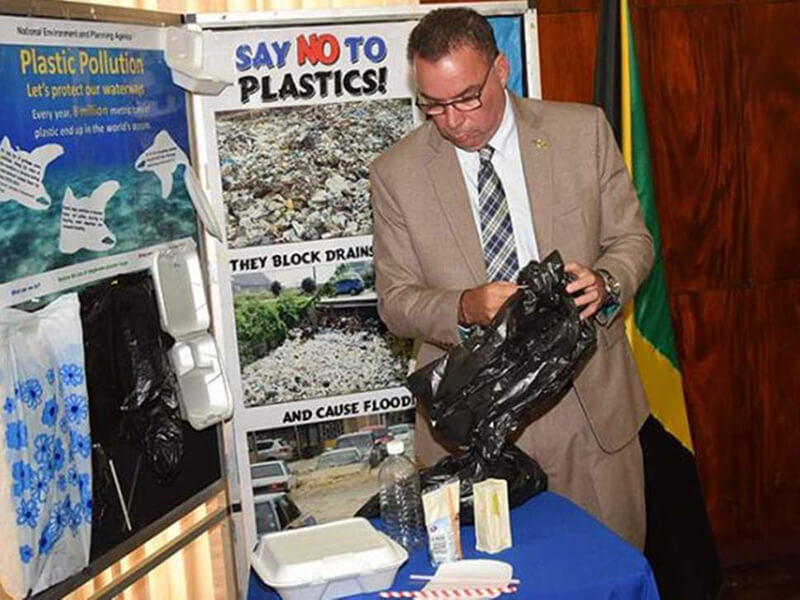 Jamaica is introducing a ban on single use plastic bags, plastic straws and Styrofoam in a bid to reduce the impact plastic is having on the environment.

Daryl Vaz, the minister without portfolio in the Ministry of Economic Growth and Job Creation, said the ban will take effect from 1 January 2019 and will be part of an international effort to reduce pollution.

The ban extends to the import, manufacture and distribution of plastic bags smaller than 24×24 inches (60x60cm), including black “scandal bags”, common in Jamaica and apparently named because the colour prevents others from seeing the scandalous contents within.
“Consumers are being encouraged to use reusable carrier bags, particularly by local enterprises,” Mr Vaz said.

But the ban will not apply to those single-use plastic bags “utilised to maintain public health or food safety standards” such as those used to package raw meats, flour, rice, sugar and baked goods such as bread.

Polyethylene, known as Styrofoam, will also be prohibited but local manufacturers and importers will be able to apply to the National Environment and Planning Agency (NEPA) for limited exemptions until January 2021.

Although the ban on plastic drinking straws will take effect early next year, the deadline to remove straws attached to juice boxes and drink pouches will also be extended until January 2021.

The medical sector will also be able to apply for exemptions from the ban because drinking straws made from alternative materials such as paper or bamboo are not always suitable for patients.
The government plans to assist companies make the leap to using sustainable alternatives, according to the Jamaica Observer.

Jamaica Environment Trust (JET) welcomed the move, saying it was “in line with global trends to reduce or eliminate single-use plastic packaging and represents a positive shift in environmental policy by the GOJ (Government of Jamaica).”

The non-profit environmental organisation said it was pleased lawmakers were finally taking steps to address Jamaica’s plastic pollution after decades of advocacy.

“The new strategies tackle plastic pollution at their source – removing several types of non-biodegradable packaging from the market and the country’s waste stream. The bold move by the GOJ is in line with global trends to reduce or eliminate single-use plastic packaging and represents a positive shift in environmental policy by the GOJ,” said watchdog added.